John Nevin Shaffer, Jr. earned a Bachelor of Science degree from the U.S. Naval Academy in 1970 and a Masters of Business Administration from the University of Houston at Clear Lake City in 1976. He received his Juris Doctor degree from St. Mary’s University and was admitted to the Texas and U.S. Patent Bars in 1980. He was admitted to the Florida Bar in 2002 and the Alabama bar in 2009. He is an AV rated lawyer and a Florida Board Certified Intellectual Property Law Specialist. Nevin is an adjunct professor of intellectual property and business law at the University of West Florida.

As a registered patent attorney, Nevin may practice patent law in all fifty states. Nevin is licensed to practice before the United States Patent and Trademark Office, the Court of Appeals for the Federal Circuit, the Alabama, Florida and Texas Supreme Courts, and all lesser Alabama, Florida and Texas courts. Nevin prosecutes applications for a variety of electrical and mechanical devices, including computer software applications, semi-conductor devices, and sophisticated measuring devices. He no longer litigates, but he is available for consultation on matters involving litigation and has successfully litigated patent, trademark, and copyright infringement actions, including presenting the winning oral argument at the Court of Appeals for the Federal Circuit in a patent infringement case.

Nevin is a member of the Alabama, Florida and Texas Bar Associations, the Mobile Bar Association and the Escambia – Santa Rosa County Bar Association. He is a past president of the Austin Intellectual Property Law Association. Nevin spent six years in the U.S. Navy as an engineering officer. His last duty as a Surface Warfare Officer, before becoming a Judge Advocate General, was as engineering and executive officer of a patrol gunboat in which his responsibilities included the maintenance and operation of its electrical and mechanical equipment, including a J-79 jet engine. He is a retired Commander, U.S. Navy (USNR-R). Nevin and his family moved to Gulf Breeze, Florida in the summer of 2000. In 2009 Nevin opened an office at the University of South Alabama Technology and Research Park and he commutes regularly between Mobile and his Gulf Breeze office. 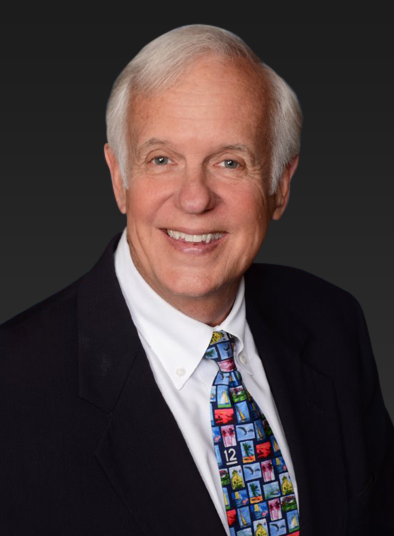